Raleigh, NC — This week, Senator Burr launched a powerful new TV ad “Staci,” in which Gold Star wife Staci Chiomento talked about the need to re-elect Senator Burr, the Chairman of the Senate Intelligence Committee, because Deborah Ross simply cannot be trusted to keep us safe. Senator Burr also released a new ad, “Facts” that sets the record straight on Ross’ misleading defense of her ACLU career and her false attacks. Independent, non-partisan fact-checking organizations weighed in on Ross’ claims. WBTV, Charlotte’s CBS affiliate, ruled it was “true” that Deborah Ross opposed the creation of the North Carolina Sex Offender Registry, and that her defense of the issue was “false.” In a separate ruling, PolitiFact called Deborah Ross’ attacks against Senator Burr “misleading.”

Deborah Ross’ week was marred by continued fallout over last week’s News & Observer exposé regarding her use of historical tax credits while she championed them in the General Assembly. In a show of transparency, Senator Burr offered to release his tax return summaries dating back to 2004 – the year he entered the U.S. Senate – if she did the same. Ross declined and, for the third time, refused to say whether she has paid state and federal income taxes.

McClatchy: GOP Senator Calls On Democratic Rival To Reveal Whether She Escaped Taxes Some Years

“Republican Sen. Richard Burr of North Carolina on Wednesday called on his Democratic challenger, Deborah Ross, to release the cover sheets of her tax returns to show whether she and her husband capitalized on hefty credits for historic renovations to pay little or no state or federal taxes at times over the past decade.

“‘There are serious questions about whether there are years where Deborah Ross avoided paying state or federal income taxes,’ Burr said in a statement. ‘The voters of North Carolina deserve to know if the actions Ross took as a legislator allowed her to pay little or no federal or state income taxes.

“‘I am calling on Deborah Ross to release her tax summaries for the years that would have been affected, when she and her husband qualified for $267,000 in tax credits.’

“Burr said that if Ross obliges and releases the summary sheets, ‘in a show of transparency’ he would make public summaries of his state and federal tax returns dating to 2004 when he first won his Senate seat. A campaign spokesman, Jesse Hunt, said Burr was speaking about the first two pages of each return.

“Through a spokeswoman, Ross promptly rejected the offer. There is no evidence that Ross’ legislative actions, while a North Carolina House member from 2003 to 2013, enabled her husband to qualify for the credits from his renovation hobby.

“Both the 1995 ACLU legislative memo and Ross’ comments in the 1998 article present a consistent message from Ross that cast doubt on the efficacy of a sex offender registry. The opening line of her 1995 memo indicates that she was involved in lobbying against the original legislation that created the sex offender registry.

“For those reasons, we rate Burr’s claim as true.

“We did not have an opportunity to ask Ross about the questions raised in our review of her defense because her campaign refused multiple requests to make her available for an on-camera interview.

“Because of Odom’s reference to only the 1997 bill in his defense of Ross and because of the multiple questions raised by the series of votes cited by Ross’ campaign, we rate the claims made by Ross in response to the attacks from Burr as false.

“The Ross camp argues that the ad is accurate since it said that Burr voted against the 2012 version of the bill. They have a point, but making this argument requires ignoring that Burr voted to reauthorize the Violence Against Women Act three times — in 2000, 2005 and 2013 — even as he voted against it once, in 2012.

”Finally, we think it’s relevant to note here that, according to Politico, the Democrats specifically teed up this vote to put Republicans in a bind so they could use their votes in campaign ads — a tactic that both parties have used when they are in a position to do so.

“In fact, Burr has subsequently trumpeted elements of this bill. Burr joined with Sen. Barbara Boxer, D-Calif., to introduce the Child Protection Compact Act, which was enacted as part of the Violence Against Women Act reauthorization. This provision “seeks to protect and rescue children from trafficking by creating ‘Child Protection Compacts’ between the United States and countries with significant numbers of children in human trafficking,” Burr’s Senate website says.

Ross also spent her week fundraising with a lawyer who has represented numerous Gitmo detainees.

“North Carolina Democrat Deborah Ross will attend a Tuesday night fundraiser at the home of the lawyer who represented one of the five Taliban terrorists who were released from Guantanamo Bay in exchange for U.S. Army Sgt. Bowe Bergdahl in 2014.

“The Winston-Salem, North Carolina, fundraiser will be held at the home of Robert Elliot, a local lawyer who represented numerous Guantanamo Bay detainees and got many of them released.

Highlights From The Trail
Greenville Daily Reflector: ‘Really Long Week’ Ends For Some

“U.S. Sen. Richard Burr was in Greenville on Saturday and toured the evacuation areas with members of the N.C. National Guard unit that was deployed to the city on Monday. Burr has spent the past several days visiting areas of the state damaged by flooding from Hurricane Matthew.

“‘Some areas got hit pretty hard,’ Burr said. ‘Lumberton is an absolute disaster … it will take years for them to recover.’

“Pitt County has been declared a disaster county by the federal government, and Burr said disaster relief funds will be available to city and county residents effected by the flood.

“I have spoken with the FEMA director and he told me that they have the funding,” Burr said during a meeting with Thomas and city officials. “We need to put together a relief package that addresses both short-term and long-term needs.”

“Burr said some of the top priorities during the early stages of recovery efforts should be addressing housing needs for people displaced by the flooding and reopening public schools as soon as possible.

“‘Schools are crucial … getting children back into schools gives their parents a chance to start putting their lives back together,’ Burr said. ‘And displaced people will need to transition from shelters to short-term housing while a long-term housing solution is being developed.’

“Burr said long-term priorities would include economic redevelopment in areas that were flooded and planning ahead for similar disasters in the future.

“‘Recovery from this won’t be weeks and months … but years,’ Burr said. ‘And my advice to local officials is to write down, while it is still fresh in your mind, all of the things you wish you had done differently. That will be the best guide in planning for the future.'” 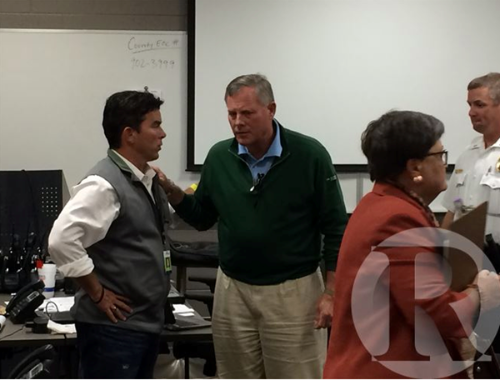 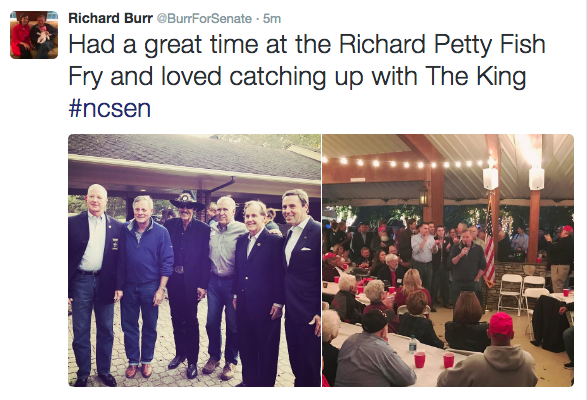